Listening to my new favorite radio station, KBOO.FM - the native cultures program was one of the best I have heard. Happy Genocide Day was the theme and there was a wonderful discussion of the "Doctrine of Discovery" that our Supreme Court and really western culture is based on. What happens with the Doctrine of Discovery? It is theft and destruction at the barrel of a gun, or rather a sword back then. Then our laws. A caller blew me away and talked about how the legal system is so prevelant in this culture, but it is all a deception of our objective reality, because of this idea of the Doctrine of Discovery. great stuff.

This video about a UCLA student getting tased by police seems to be doing the rounds is downright scary. 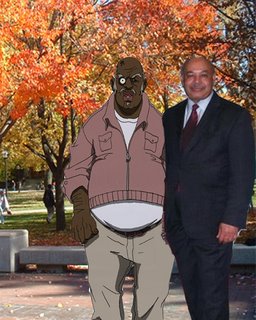 This study tour will examine the development of labor and employment relations in South Africa as it struggles to redress the legacy of apartheid and to meet the demands for a more democratic workplace and intensifying competition as South Africa is increasingly integrated into the global economy. Topics covered include:

• The history and development of the South African labor movement and its role in overcoming apartheid;

• The impact of globalization and neoliberal economic policies on the workplace and the larger society;

• Organizational and workplace restructuring in response to these changes;

• Managing diversity and equity in the post-apartheid workplace;

• Occupational and environmental health issues with a particular emphasis on HIV/AIDS;

• Emerging union bargaining and organizing strategies in a global economy.

The itinerary includes meetings in Johannesburg and Durban with union leaders and staff from the Congress of South African Trade Unions and faculty from the Universities of Witwatersrand and Kwazulu-Natal. In Johannesburg, the study tour will visit the Apartheid Museum and tour Soweto. The study tour will also spend two days at the Hluhluwe-Imfolozi Park, one of South Africa’s finest game reserves.

Dates: June 2-16, 2007. As well as two pre-departure meetings and one post-return meeting to be announced at a later date.

Cost: $3000-based on double occupancy (single occupancy are an additional $420) Cost includes airfare, travel insurance, lodging with breakfast and in-country transportation. This cost does not include WSU tuition, additional meals and personal expenses. Program fees may change due to unexpected increases in airline surcharges. If this occurs, those fees will be passed on to program participants. Program fees are payable in five installments. Limited financial support is available through the WSU Office of Study Abroad and Global Programs.

Can a good Muslim be a good American?

I sent that question to a friend who worked in Saudi Arabia for 20 years.

The following is his reply:

Theologically - no. Because his allegiance is to Allah, the moon god of Arabia.

Religiously - no. Because no other religion is accepted by his Allah except Islam (Quran, 2:256)

Scripturally - no. Because his allegiance is to the five pillars of Islam and the Quran (Koran).

Geographically - no. Because his allegiance is to Mecca, to which he turns in prayer five times a day.

Socially - no. Because his allegiance to Islam forbids him to make friends with Christians or Jews.

Politically - no. Because he must submit to the mullah (spiritual leaders), who teach annihilation of Israel and Destruction of America, the great Satan.

Domestically - no. Because he is instructed to marry four women and beat and scourge his wife when she disobeys him (Quran 4:34).

Intellectually - no. Because he cannot accept the American Constitution since it is based on Biblical principles and he believes the Bible to be corrupt.

Philosophically - no. Because Islam, Muhammad, and the Quran do not allow freedom of religion and expression. Democracy and Islam cannot co-exist..

Every Muslim government is either dictatorial or autocratic.

Spiritually - no. Because when we declare "one nation under God," the Christian's God is loving and kind, while Allah is NEVER referred to as heavenly father, nor is he ever called love in The Quran's 99 excellent names.

Therefore after much study and deliberation.... perhaps we should be very suspicious of ALL MUSLIMS in this country. They obviously cannot be both "good" Muslims and good Americans. Call it what you wish.... it's still the truth.

If you find yourself intellectually in agreement with the above statements, perhaps you will share this with your friends. The more who understand this, the better it will be for our country and our future.

Pass it on Fellow Americans. The religious war is bigger than we know or understand.

Great weblog from someone I didn't meet at the wiki meetup last week with Ward Cunningham and Jimmy Wales.

I look forward to meeting her at the BarCampPortland.

She found a funny.

From time to time, I’ll give an overview of one broad MediaShift topic, annotated with online resources and plenty of tips. The idea is to help you understand the topic, learn the jargon, and hopefully consider trying it out — even if it’s all new to you. I’ve already covered blogging, RSS feeds and citizen journalism; this week I’ll look at wikis.

Thoughtful post by Dumi, well worth the read, initiated by this controversial video: