The Chomsky Challenge
When I cite the work of Noam Chomsky, as I occasionally do, people often write to inform me that Chomsky is a crazed liar, a fanatic, an America-hating monster. This surprises me as I've read a bunch of Chomsky's work and checked some of his most surprising claims and he invariably comes across as a very scholarly (sometimes to the point of absurdity) academic who simply presents some facts and then suggests the obvious conclusions they lead to.

Since the things I learn from Chomsky are drawn from his collection of the facts, the proper way to convince me that he's wrong is to find a factual error in what he's said.

I hereby offer $50 to anyone who can find an uncorrected material factual error in one of Chomsky's published political works.

Bloomberg compared his proposed federal identification database to the Social Security card, insisting that such a system would not violate citizens’ privacy and was not a civil liberties issue.

“You don’t have to work _ but if you want to work for a company you have to have a Social Security card,” he said. “The difference is, in the day and age when everybody’s got a PC on their desk with Photoshop that can replicate anything, it’s become a joke.”

The mayor said DNA and fingerprint technology could be used to create a worker ID database that will “uniquely identify the person” applying for a job, ensuring that cards are not illegally transferred or forged.

In mass culture, dark images of the treason and excess of the 1960s are not difficult to find. The fable of the doubly-victimized soldiers in Vietnam, betrayed first by liberals and doves in government and then spat upon by members of the indistinguishable New Left/Counterculture has been elevated to cultural archetype by the Rambo movies and has since become such a routine trope that its invocation—and the resulting outrage—requires only the mouthing of a few standard references. The exceedingly successful 1994 movie Forrest Gump transformed into archetype the rest of the conservatives' understanding of the decade, depicting youth movements of the sixties in a particularly malevolent light and their leaders (a demagogue modeled on Abbie Hoffman, a sinister group of Black Panthers, and an SDS commissar who is attired, after Bloom's interpretation, in a Nazi tunic) as diabolical charlatans, architects of a national madness from which the movie's characters only recover under the benevolent presidency of Ronald Reagan.

The Pentagon concluded that the No Gun Ri shootings, which lasted three days, were "an unfortunate tragedy", not a deliberate killing. It suggested that panicky soldiers, acting without orders, opened fire because they feared that an approaching line of families, baggage and farm animals was concealing enemy troops.

Understanding racial and economic inequality within our country can amount to a seemingly daunting and exhaustive task. Racism permeates the individual attitudes and behavior of people, but even more seriously, it infiltrates public systems, institutions, and culture. The books listed below explore the issues of racial and economic inequality, while providing some solutions to aid in the fight for justice.

Uprooting Racism: How White People Can Work for Social Justice by Paul Kivel

Why Are All the Black Kids Sitting Together in the Cafeteria? by Beverly Daniel Tatum (also available in our library)

Economic Apartheid in America: A Primer on Economic Inequality and Insecurity by Chuck Collins

Nickel and Dimed: On (Not) Getting By in America by Barbara Ehrenreich

It is, if you deny the idea -- which is central to their initial statements on this controversy -- that Verizon, AT&T and BellSouth only want rights to "their" property.

The new argument is that their "last mile" -- the network between your local switch and your home or office -- was stolen.

May 27th 2006: During the past 88 days of Six Nations activism to reclaim our land near Caledonia, we have received thousands of emails and calls from people all over the world. There were days when we just could not answer them. The support and ideas that we've received have been tremendously gratifying and helpful. We thank you all. Without this solidarity from natives and non-natives, the Ontario Provincial Police would have had their way. Blood would have been spilt. 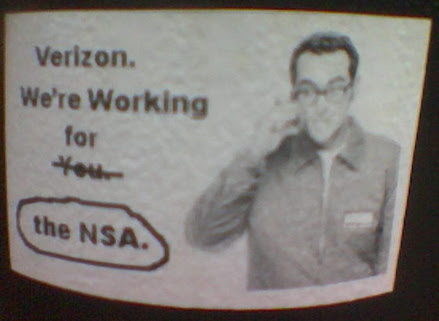 By continuing to publish documentation of the abuse, we hope to shed light on a chapter in American history that this administration has tried to keep in the shadows.

279 photographs and 19 videos from the Army's internal investigation record a harrowing three months of detainee abuse inside the notorious prison -- and make clear that many of those responsible have yet to be held accountable.

It's important to make sure that workers are free to unite online about issues in the workplace. It's also important to make sure that everyone in America has equal access to the internet. The internet's culture of openness is a critical part of its success. Restricting access or creating a "tiered network" runs the risk of restricting the internet only to those who can afford it. A "pay-to-play" internet is dangerous not only for any group that wants to organize it's members online, but to anyone who cares about free speech and democracy.

from bush to hitler

The oil company Shell has appealed against a Nigerian court order to pay one and half billion dollars to the Ijaw community in Nigeria. The fine is intended to compensate for environmental damage. Nigeria's oil output has been cut by about 25 per cent after a series of attacks on oil installations and kidnappings of foreign oil workers by Ijaw militants. They want to see Nigeria's oil wealth benefiting the local community.

~~ ~~ ~~ ~~ ~~ ~~ ~~ ~~ ~~ ~~ ~~
micah holmquist's irregular thoughts and links: If you want to live in America and were born here, Understand English"I'd be able to take this whole let's make English the official national language of the home of the brave and Nancy Pelosi (Donna Smith, Reuters, May 18) a little bit more seriously if I could reasonably assume that the average native born English as a first language speaker could be counted on to understand the concepts associated with 'or,' 'and/or' and 'if... then...'

IKEA opens June 5th, and people can camp out for two days prior...

Halliburton's reputation as a disaster and conflict industry innovator will be cemented by the SurvivaBall™, a one-size-fits-all solution to global warming.

For sometime now I have been thinking, how one can justify the undeniable contradictions that exist in the international arena -- which are being constantly debated, specially in political forums and amongst university students. Many questions remain unanswered. These have prompted me to discuss some of the contradictions and questions, in the hopes that it might bring about an opportunity to redress them.

So far, more than 117,000 Common Cause activists have done their part to oppose the telecom industry's efforts to privatize the Internet and ignore the public interest.

We need to reach out beyond the Common Cause community if we want to win the tug of war with an industry that has spent over half a billion dollars lobbying Congress.1

We want to buy web ads on heavily trafficked websites like MySpace and washingtonpost.com. We need your financial support to amplify our campaign.

We know the big telecom companies are feeling the heat. A vote in the House Commerce Committee on the COPE Act (H.R. 5252)2 was better than we expected, with a number of Representatives switching from their earlier positions - in no small part because of hearing from people like you.

The full House will vote on the COPE Act this month, so we need to ramp up our efforts now. Your financial support at this time could make a big difference!

There is still time to counter the huge telecom lobby apparatus with their slick TV ads and big footprint in the halls of Congress, but we need millions of people pulling on our side.

As always, thank you for all you do for Common Cause.

P.S. If the telecom companies like Verizon and AT&T get their way, the Internet will change from a medium that helps people talk to one another, engage in their democracy more directly and become informed about issues, into a vehicle that only operates efficiently for big companies that want to sell goods and transmit television programs, films and games. Help us impact the debate at this critical moment: http://www.commoncause.org/WinTheTugOfWar.

2: A full analysis of the COPE Act is available at www.commoncause.org/COPE.

Of the $1,400 payment, about $700 will go to fund the war in Iraq, to train Colombian troops, and to supply Apache helicopter gunships to Israel.

Lansing, Michigan, U.S. - Anti-fascist protesters attacked neo-Nazi supporters who attended a rally on the steps of the state capital organized by the National Socialist Movement (NSM).

Get to know this one because it won't be long before she takes up the Ann Coulter/Pat Buchanan mantle as one of the most rabid hatemongers in the country today.

The fact that you're born a woman means you deserve whatever power-hungry act is committed against you.

Ignoring Colbert: A Small Taste of the Media's Power to Choose the News